Democrats Don’t Relinquish Impeachment Documents Until You Have A Firm Agreement With the Republicans To Call Witnesses to the Senate Trial. 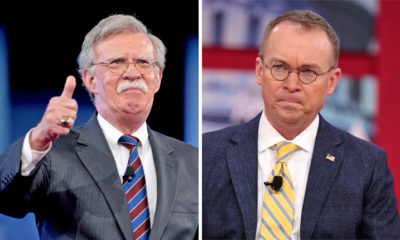 Listen Democrats. Listen Nanci Pelosi. Listen House Leaders. Do not, do not, do not trust the Republicans to conduct a fair Senate trial by calling witnesses who have not been heard from who can jeopardize the outcome of impeachment. Do not fall for the promises or overtures of a fair trial. You will regret the decision for the rest of your political careers and the rest of your lives. Wait until McConnell and members of Senate agree on a fair proceeding no matter how long it takes before you release the articles of impeachment. Don’t discharge those articles until you obtain what you have asked for. Once you surrender those documents without an agreement from Republicans on having a fair trial, everything becomes fair game.

The Senate Majority Leader has already stated that he will not be impartial and that the trial will not be fair. How dare he make that statement and then take an oath of office promising impartiality? It begins as tragedy and ends as travesty.

Remember the President stonewalled most of the witnesses in the first place. How does the President prevent witnesses from coming forward which is violation of constitutional norms and previously established impeachment procedural practices and then dictate the terms of the Senate trial? What is going on? “How does the pot call the kettle black?”  How does the Senate Majority Leader subscribe to these hellish one sided maneuvers with a straight face? Are you kidding? Enough already!

You have seen the hand writings on the wall and they are not forgeries. It will be the beginning of the end and the end of the beginning of our Democratic Constitutional Republic which has already been bludgeoned by Republicans with their public insults and lies, their trash talking, stone walling, name calling and childish and baseless accusations of Democrats. Is that all they’ve got?

Must the public listen to this chicanery and lies and more lies and still more lies? Really?

Republicans know the truth. They know what the president has done. Why all the game playing and puerile name calling?

Is this a trial run, a clinic, a dress-rehearsal of things to come amounting to the takeover of America? If they can bully, pummel, trick and threaten you into giving up those documents, they will have “won” again and America loses.

They are implementing the takeover by trashing the Constitution and using every possible tactic to bring it all down.  If they can ignore and override our most sacred document, it will only get worse and the putsch will be final. If Democrats allow Republicans to get away with this ruse, Democrats could receive the Lion’s Share of blame for another Trump presidency.

You have already taken the high road in these proceedings. You have stood tall and strong despite the unfounded grievances of Republicans about the unfairness of the process. How can they call a process unfair when the President and Republicans have stone-walled and gag-ordered all material witnesses?

Believe what you are seeing. And don’t give in to some of the media pundits who cleverly pretend to be talking you from the ledge while you are holding out for fairness while luring you onto a political veranda which beckons political suicide for telling the truth.

No! It is democracy on the brink, not your efforts to right wrongs and stand for truth and justice in that democracy!

It is democracy on the bridge, not your attempts to follow the rules and stand for goodness and freedom by calling the President and his cohorts to account.

Our Constitutional Republic is at risk. It could be dying a slow insidious death. Your desire to keep your solemn oaths and do what is right by the people by calling for a fair trial is all that we have.

You have been working like “all get out”to prevent America’s demise. Thank God you are among those who still love and care about America and its future. Stay your course. History will be kind to you. It usually gives deference to people who take a stand and show moral courage during times of great crises.

Hold the rogues to account. Make them do what’s right. Don’t give into the innuendos, subtle power plays and mind games the Republicans, their think groups, and media pundits are masters at playing.

Don’t agree with Mitch McConnell to turn over the impeachment documents until you get a definitive decision for a fair trial beforehand. You’ve got time. Take as long as you want to hold on to those documents.

You must hear witnesses John Bolton, Nick Mulvaney and Don McCann. They are key to ending all this.

And let me say that what happened during Clinton’s impeachment was a different time in our nation. Republicans and Democrats could largely be trusted to do the right thing notwithstanding the varying viewpoints of their respective political parties. Politicians weren’t politically zombified like they are now. They hadn’t drunk the cool aid. They co-intentionally and bilaterally agreed upon the facts in the Clinton case.

Current Republicans are nearly as much to blame for all this as President Donald Trump. Had they questioned, cautioned or checked the President previously in his unruly behavior the nation might not be wallowing in the current political cesspool.

The attempts by Richard Nixon to thwart the evidence and possible impeachment were solemnly checked by Barry Goldwater, Howard Baker and other stalwart Republicans who basically told Nixon that his time was up.

The alleged wrongdoings of Donald Trump far outweigh those of Bill Clinton and the Republicans can’t see the truth no matter what way it’s presented to them.

Don’t fall for the tricks and maneuvers.  You will regret it later.

So in the words of Senator Chuck Schumer will it be a fair trial or cover up?

In the words of Winston Spencer Churchill, ” If you are going through hell keep going.” “Never, ever give up!”

God bless you all and God bless America!