They came by the thousands; people of every station and hue, from every sector and segment of American society. They all came to witness to the importance of that day 50 years ago when Martin Luther King Jr., the Rev. C.L. Franklin, Walter Reuther, labor leaders and other leaders gathered as one, locking arms marching down Woodward Avenue to Cobo Hall to hear the first rendition of Dr. King’s “I Have a Dream” speech.

Last Saturday they gathered for common reasons but they also came because they still love America and are concerned about the direction in which their country is headed. They are worried about their beloved city of Detroit whose future is now mired in uncertainty, teetering on the verge of bankruptcy and under the watchful eye of a new emergency manager. They came out in large numbers lamenting the fate of the city and the promises it once held and resenting the all too painful reminders of how it came to its present misfortunes. They came out smiling, cheering, hoping,  wondering, wanting, marching for freedom, justice and equality.

Much has changed since the march 50 years ago but much has remained the same, and, given the recent Supreme Court decision regarding voting rights in America, some things seem to be backward.

Detroit – a city once boasting a population of one million people with the world’s largest manufacturing base and the world’s leading automobile industry. Detroit – a city of strong unions and labor leaders; a city of Corktown and Motown; a city thriving with jazz culture, big city politics and emerging black politics; a city whose ingenuity and innovation gave birth to the prototype for newer, longer and fancier automobiles and whose financial prowess helped give rise to the archetype of the nation’s strongest middle class. It was a city teeming with life and vitality, with shops and stores and bakeries and restaurants. A city whose black neighborhoods had their own barber shops, beauty shops, dry cleaners, restaurants and laundries. It was a great town where kids on trimmed-lawn-and-tree-lined streets played marbles and jacks, root the peg, jumped rope and  “the dozens.” It was a city where young people were mentored by coaches, teachers and a whole coterie of street merchants and even older, wiser urchins who guided and helped them become better persons, even admonishing them for the smallest things like breaking wind in public.

So, many with these memories of Detroit gathered this past Saturday. Somebodies and nobodies; the NAACP, the UAW, my colleague in ministry, the Rev. Wendell Anthony, Yvonne White and her son Donnell, some of the organizers and architects of this great event, along with my childhood friend and union leader, Jimmy Settles, and others. There was Mayor Dave Bing who should be credited for walking into political land mines and a hornet’s nest to help pull the city out of its current crisis. There was Dick Gregory, the Rev. Al Sharpton, Ben Jealous, the Rev. Jesse Jackson, Tony Brown, Martin Luther King III, Sasha Reuther, Detroit politicians JoAnn Watson, Benny Napoleon. There was a whole host of local leaders and ministers from every denomination and religion, including one of my spiritual fathers in the ministry, the Rev. Jesse Douglas Sr., who is finally getting his due for marching on the front lines and organizing behind the scenes of the struggle, right along with King, Abernathy, Lewis and others. I thank God for those personal assistants, those selfless servants who helped our team to navigate the large crowds and the beaming sun on that hot and beautiful day – Denise, Reggie, Lynnette, Jesse Jr., Calvin and Naeemah.

We were all gathered in one place at one time looking back to the greatness that Detroit once was and looking forward to the city becoming great once again. It was wonderful seeing so many different people coming together as one community still caring about America and still caring about Detroit.

It was indeed a glorious day this past Saturday, but much work still needs to be done. Yes. There is plenty of blame to go around in terms of how the great city got into its present quandary, but it will take everyone working together to continue to bring it back to life. We must look back remembering the mistakes of the past so as to avoid making them again in the future.  George Santayana is correct,“Those who forget the past are condemned to repeat it.”

As Dr. King said, “Freedom is not free,” and we must all roll up our sleeves and work tirelessly to make those necessary sacrifices that will restore our city and our nation to a greater health and vitality than ever before. The burdens of responsibility for justice, freedom and redeeming our city cannot rest solely on the common man but must be undertaken by all stakeholders who will create a winning situation for the people of Detroit and the citizens of the United States.

So let freedom ring throughout America and from every sector of metro Detroit; from the east side to the west side, from the north end to down river. Let freedom ring in the factories and in the school houses, from the jail houses and the counting houses, in business and in commerce, in the safety and well being of our beloved communities. Let freedom ring from downtown to midtown, from uptown and around town, in our central city and our surrounding neighborhoods.  Let freedom ring from every corner and station of the city, for young and old, rich and poor, black and white, able and disabled, male and female, white collar, blue collar and no collar, friend and foe alike. Let freedom ring, and let us march on till victory is won. 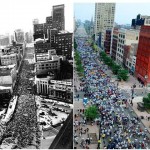 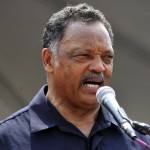 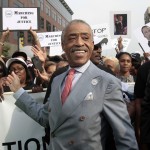 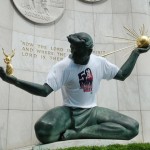 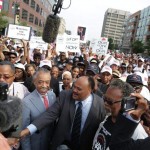 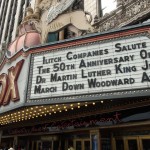 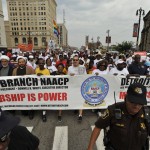