If We Don’t Stand for The Constitution We May Perish as A Democratic Constitutional Republic.” 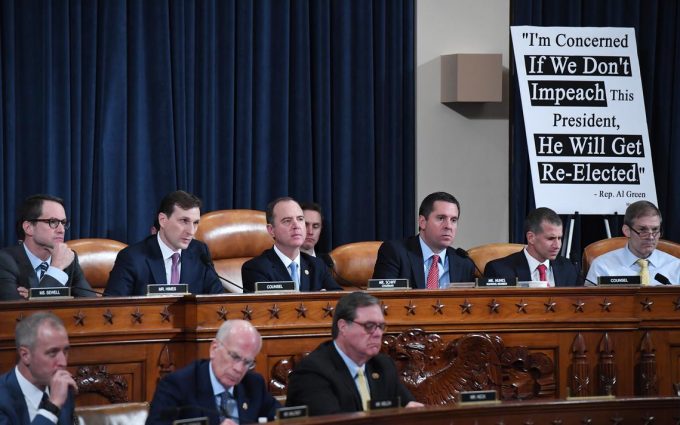 The Constitution of the United States of America is the crowning achievement, the piece de-resistance, magnum opus and capstone of American Liberal Democracy and our Democratic Constitutional Republic. It is the foundation and sacred writ of all that we stand and live for as a nation; the ganglion of American political, social and economic life where our most venerated core values and principles are realized and embodied.

Without the Constitution, we are potentially a storefront republic, a cheap, damnatory sump swamp, a hodgepodge or cesspool of vying interests brutally contending for the last cruel crust of bread in true Hobbesian fashion.

The Constitution is “The supreme law of the nation where it describes three branches of the federal government, and provides a set of rules and regulations they have to follow and individual powers.”

It is more than what one man called  a “dat gum” piece of paper but the seedbed and bedrock of our present existence and upward striving as a nation. It is living, breathing, ever changing writ, a holy grail, the sanctum sanctorum of our rights, dignities, liberties and freedoms; the Magna Carta of restorative, procedural, and distributive justice, and in some measures, appears to be more wide-ranging, all-encompassing and tolerant of the rights of the have not’s, the poor and oppressed, the expendables, throwawables, the so-called untouchables and the “others” than the provincial caveats of some our most hallowed documents could accede.

The Constitution is not something we shred or take lightly. It is not paper that we toilet flush or incinerate in the fires of our raging vanities, ignorance and indifference; it is not to be shunned and discarded because we suddenly fail to cherry-pick its value or obviate its usefulness or turn it away to our worship and apotheosis of the so-called Gods, political bullies and demagogues through our own tawdry political sycophancy.

The Constitution remains our source of light and strength, even at the “still points,” razor’s edges and dark nights of our struggle for life together in our beloved country. The Constitution remains our highest hope and power for the survival of liberty and justice in this land, and for that matter the world over, especially when its laws are vigorously and meticulously upheld and followed.

Now is not the time to dissemble and dissolve a Constitution to appease those who don’t believe”it’s worth the paper it’s printed on.” Now is not the time to cheapen its grace, amputate its reach, or to be ignorant of the demands, expectations and sacrifices it places on those who stand on it and vouch for it as invocation and proclamation, which builds, leads and sustains the American Way of life come hell or high water. We are not called to stand firmly on its promises while sitting infirmly on its premises through dastardly, inept and vituperative inaction.

The Constitution is what we have lived, fought and died for, what we strive to uphold and maintain, what we cherish among the Three Great Documents of Freedom by faithfully executing its duties and responsibilities, by swearing solemn oaths and giving dutiful service to God, people and country upholding the higher principles and sacred rights and values of our Democratic Constitutional Republic.

Now is not the time to supplant one of our most cherished national documents with the Moscow Rules or the nebulous speak-easy politically, want-wit rules which prostitute our republic, sell off our birthrights and dissolve our resolve to stand up and speak out and resist the floodgates of despotism and tyranny which threaten to beset, deluge and destroy us.

We respect those public servants too numerous to name here who have stood tall and strong to defend that “Holy” Document including freshman representative Elissa Slotkin who bravely stood before her constituents this past Monday in Rochester Michigan explaining why she supported impeachment and why she would not negate her oath of office and would steadfastly uphold the Constitution of the United States of America. Principle driven leadership is what we need at this grave hour in our republic.

Congresswoman Slotkin essentially said that if it meant losing her seat for taking her stand then she would take that risk. Here is a public servant who understands that upholding the truth, putting principle over person and people and country over party are far better choices in the long and winding road of developing American Democracy than caving to political pressures by selling one’s soul to the devil. A former CIA analyst who understands the depths and breadths of impartial service and sacrifice to her country, Representative Slotkin and others like her are leading the way for the preservation of our Democratic Constitutional Republic.

Former Republican Justin Amash, Tom Malinowski and other freshmen and veteran congressmen and congresswomen have taken similar stands to preserve, protect and defend the Constitution at risk to their own political hides and so have others who believe in the righteousness of this great cause. And we must not forget Adam Schiff, Nancy Pelosi, Jerry Nader, Hakeem Jeffries, Mary Gay Scanlon, Jamie Raskin, Karen Bass, David Cicilline, Pramila Jayapal, Madeline Dean, Sheila Jackson Lee, Joaquin Castro, Zoe Lofgren, Hank Johnson, Greg Stanton, Lucy McBath,  Steve Cohen, Joe Neguse, J. Luis Correa, Cedric Richmond, Sylvia Garcia, Veronica Escobar, Val Demings, Ted Lieu, Debbie Mucarsel-Powell, Eric Swalwell, Maxine Waters and a whole coterie of women and men of every hue and background including diplomats and other patriots in foreign service and the Department of State who have stood up for our Constitution putting their all on the “altar” of integrity and sacrifice that we might still have all as a nation.

Let us not forget the hundreds of thousands who have served, fought, bled and died to preserve our freedoms, our sovereignty as a free nation and the protection of life and liberty for all America’s people.

Without sounding crass in the lexicon of Microsoft Word Documents, this is leadership which “saves” the Constitution and our nation and not “Saves As” at the expense of our nation. Such moral courage is needed from more Republicans. The chronic obfuscation of justice, Republican blame-gaming and stonewalling aimed at Democrats by the evasion and subversion of facts with “True Lies and Orwellian Newspeak, double-think and double-talk in the end will not trump American Liberal Democracy. To wrangle endlessly over procedures as opposed to addressing the grounds for impeachment began not only as tragedy but continues as political farce.

The time has come to stand up for democracy, freedom, justice and our republic. It is not the time to cower in sniveling submission or give into fear, ignorance and moral cowardice or to allow any person or party to bully the American people into ignominious submission and defeat. America is government of the people, for the people and by the people.”No man is above the law and the Constitution provides equal protection under the law for all.

In the words of one of my favorite political leaders of all time, Winston Spencer Churchill, “We must never, never, never give up!”We must never give in to the political tricksters who would hoodwink us into perishing our democracy in the name of an emperor and a political party who may be losing their clothes.

“If we ignore our rights they will go away “and what will regrettably remain will be only a scintilla of what we once were as ‘a free striding nation with a free swinging stride”in the words of Adlai Stevenson, for freedom and democracy the world over.