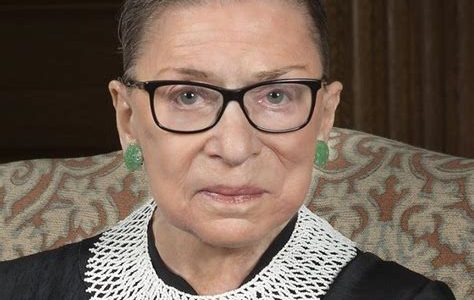 “Dissents speak to a future age. It’s not simply to say, ‘My colleagues are wrong and I would do it this way.’ But the greatest dissents do become court opinions and gradually over time their views become the dominant view. So that’s the dissenter’s hope: that they are writing not for today, but for tomorrow.”

“Women belong in all places where decisions are being made. It shouldn’t be that women are the exception.”

“Until the killing of black men, black mothers’ sons, becomes as important to the rest of the country as the killing of a white mother’s sons, we who believe in freedom cannot rest until this happens.”

“At present, our country needs women’s idealism and determination, perhaps more in politics than anywhere else.”

“If the society today allows wrongs to go unchallenged, the impression is created that those wrongs have the approval of the majority.”

“People were asleep, but I think they’re waking up now. Trump has given everybody a good kick, and people are waking up and realizing they’ve got to get involved.”

“The Bible and the Church have been the greatest stumbling blocks in the way of women’s emancipation.”

“A woman is like a tea bag – you can’t tell how strong she is until you put her in hot water.”

“I was the conductor of the Underground Railroad for eight years, and I can say what most conductors can’t say; I never ran my train off the track and I never lost a passenger.”