Empire of Illusion: The End of Literacy and the Triumph of Spectacle 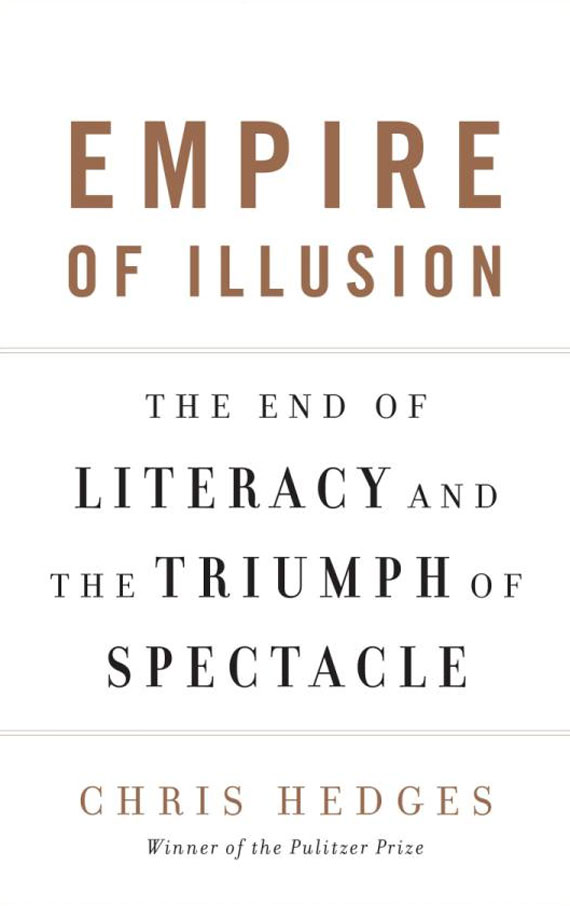 In this New York Times bestseller, Pulitzer Prizewinning journalist Chris Hedges has written a shattering meditation on American obsession with celebrity and the epidemic of illiteracy that threatens our cultural integrity. Reporting on such phenomena as professional wrestling, the pornographic film industry, and unchecked casino capitalism, Hedges exposes the mechanisms used to divert us from confronting the economic, political, and moral collapse around us. Empire of Illusion shows us how illiteracy and the embrace of fantasy have impoverished our working class, allowed for the continuance of destructive public policy, and ushered in cultural bankruptcy.