The Eliminationists: How Hate Talk Radicalized the American Right 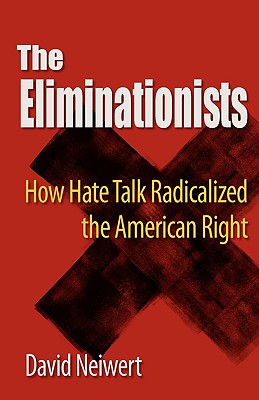 The Eliminationists describes the malignant influence of right-wing hate talk on the American conservative movement. Tracing much of this vitriol to the dank corners of the para-fascist right, award-winning reporter David Neiwert documents persistent ideas and rhetoric that champion the elimination of opposition groups. As a result of this hateful discourse, Neiwert argues, the broader conservative movement has metastasized into something not truly conservative, but decidedly right-wing and potentially dangerous.

By tapping into the eliminationism latent in the American psyche, the mainstream conservative movement has emboldened groups that have inhabited the fringes of the far right for decades. With the Obama victory, their voices may once again raise the specter of deadly domestic terrorism that characterized the far Right in the 1990s. How well Americans face this challenge will depend on how strongly we repudiate the politics of hate and repair the damage it has wrought.