So Much For Draining The Swamp But Beware of “Monkeys” With Matches. 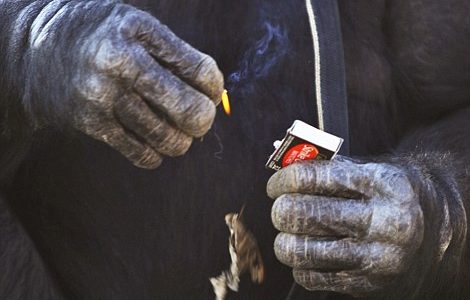 I never thought that politics in the greatest nation on earth would descend into politricks of the worst show on earth with so much political doublespeak and personal trash talking.

Was all that banter about draining the swamp and cleaning up Washington just a way of psyching the American people into believing that things would change for the better?

Well, some things haven’t changed for better. In fact, they have gotten much worse, and as Pulitzer Prize winning journalist Eugene Robinson put it in a recent Washington Post article, “The worst is yet to come.”

To be sure it’s pretty bad now and the wisdom of my late great grandfather resonates more powerfully than ever. I remember him saying that the true signs of good leaders are their power to upgrade the office in which they serve and their capacity to improve the quality of the people’s lives they serve, which in the case of the President should be all people.

One of his sons in the ministry kept repeating a favorite statement my grandfather would make in his many discussions with students about leadership:

”A monkey with a match will burn down in a day what took a lifetime to build.”

I don’t mean to be crass or to insult anybody here and much of what I am saying here must be understood metaphorically.

Not only do we seem to be witnessing a devolution of the American presidency as we know it, but the emergence of a general monkey shining in the political process with proposed tax breaks for millionaires cloaked as health care for Americans, and other political ploys and gambits which only add more political insults to the people’s injuries.

Thank God that last night’s vote may finally signal a willingness of Republicans and Democrats to come together to remedy our nation’s problems.

Adding to this political baboonery is a ban on transgender people in the military, which was blocked, and a whole host of other inanities which really make us wonder how we’ll keep from going under if this madness continues.

It all seems so “bassackwards” which throws American democracy back to the dark ages and certainly does not make America great again.

Don’t get me wrong. “This is my country. It is the land that I love.” I believe in America. America is where I have built a career and made my living. I believe in its capacity for positive change and resiliency in overcoming hatred, ignorance and buffoonery.

I believe the President deserves a fair chance.

But this is different. It is the first time in recent memory that a President and members of a political party seem unable to really drain the swamp.

To be honest the political swamp was already there before Trump got into office.

But it is the first time that real political time seems to be mutating into a kind of Monkey Time-mostly talk and no action-and fast becoming a form of Monkey Business, with some politicians and their backers tossing monkey wrenches into the political process, and it may be a matter of time before we are all gymnastically free styling on monkey bars as a new Political Zoology overtakes true American innovation and ingenuity and American Democracy descends into mass political conflagration due to the political wild fires ignited by “monkeys with matches.”

Must American democracy endure these barrages of public vainglory with its primal rages and urges?

That great line in the movie “Kong: Skull Island” finds a soldier transfixed in disbelief at the great giant still defiantly standing after soldiers disrupted his island by dropping seismic charges on it.

“Is that a monkey? he asks incredulously.

Yes bro. It’s a monkey alright and you had better beware.

Is our great nation now being overrun and overturned by “monkeys” with butane?

Some say they are our ancestors.

But some politicians may be giving them a bad name.