Stop The Lynching of Black Men in America! 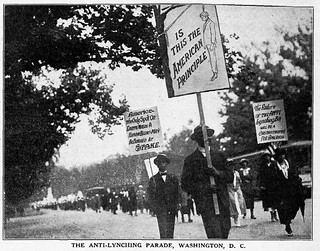 “The attack on black men in this country has its ugly beginnings from the time of slavery through the hanging of “strange fruit” on lynching trees, to present forms of unmitigated violence and police brutality.

No matter how prevalent such violence has become we can never accept its normalization. We must continue to work and teach the nation that black men are not the enemy, but must be counted among those strong and stalwart souls whose blood has saturated American soil and whose brains and brawn have righteously aided and uplifted America’s attainments of freedom, often with the same if not higher measures of devotion than other races of men.

Who have fought for America’s freedom when they didn’t have full freedom themselves?

Who have stood tall in the heat of battle when others of higher rank took refuge in the watchtowers of privilege?

Who has given their all to a nation amid their continuing oppression and deprivation?

America is stronger because black men have given their all to make it stronger.

Few groups of men so scorned have been so dedicated. And few so hated would pass the loyalty tests of those who can and have been counted on to defend and build America in times of peril and crisis.

The violence against black people must end. Justice must be done and finally won. Education and re-education must not be taken for granted. The anti-lynching law must be passed now!

An anti-lynching bill must therefore again be presented and to and finally passed by the United States Senate, which will include every form of violence and brutality against black people in America containing penalties for the violation of their civil and human rights.

Let us therefore unite beyond the pale of the continuing atrocities and indignities which harm and destroy black, white and other lives and families which tear this nation apart and in the end makes America weaker for its real enemies to  divide and destroy.