At Least Two Sides to Every Story

Posted in Articles, Politics of Life 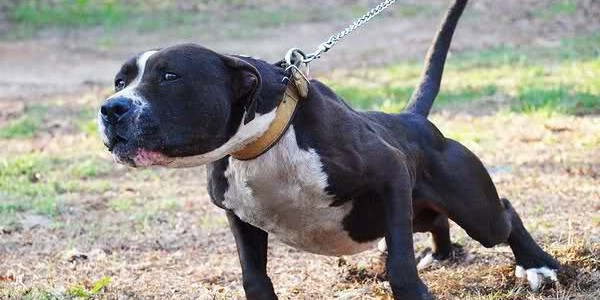 There are two sides to every story. Some people hear only one side and run with it. They believe the one side they have heard and don’t stop to think that, perhaps, there is another point of view that should be considered before rendering a final judgment. I have learned while working with people in conflict situations that usually one side of the story is told with such authority, gravity and frequency that all other explanations pale in comparison and shrink in believability.

Human nature sometimes biases us to recount what happened from our own points of view. We can’t help it. Try as we may to be objective there is something in us that makes us tell the story not always exactly as it happened but as we think we saw it happen.

I recently saw a “news” story about a man whose dog nearly tore off his neighbor’s leg,  putting him in the hospital . This guy just calmly stood before the camera, dragging on a cigarette, and telling the story as some casual freak encounter that was really no big deal. He said that he was walking his pit bull, Donny, just as he does every day when the next door neighbor started hollering at him. The neighbor, the man said, had been on his case about his house being an eyesore. “When are you going to fix your Raggedy Ann house,” the man said the neighbor shouted. “Nobody else on this block can enjoy their homes because they got to be looking at yours. Why don’t you fix your front steps and get all those dumb cars you been working on out of the driveway,” he says the neighbor shouted furiously.

“At that point,” said the man while looking directly into the camera with a straight face and taking a deep drag on a semi-straight cigarette, “I felt threatened and Donny just took off loose before Wilson got within twenty feet of me. I tried to call Donny back but I guess he was tired of the old man too. He himself had just had enough of the old man screaming at me all the time.”

Needless to say, Donny the pit bull tore into older neighbor’s leg. The dog owner is said to have sauntered over and simply told Donny to stop, but when the dog didn’t he pulled out his pistol and shot three times in the air to finally make Donny let the old man go.

When the old neighbor was finally well enough to tell his version of events, from his hospital bed, he said he hadn’t said a word. Instead, he said that he came out of his house to get into his car and the next thing he knew he saw “that damned dog” charging in his direction and he couldn’t get to his keys fast enough to get into his car.

“I didn’t say a word to him. Not a word. We had had words before, but not this time.” He added, “I did fuss and cuss at him in the past about keeping up his property like all the other people try to do who live on this street. I am sick and tired of living next to a man who don’t keep his property up -grass growing three feet, grease stains in the driveway from old cars on cinder blocks, trees uncut and unkempt and noise blasting and dogs barking from the house at all hours of the night. I even offered to be a good neighbor by cutting his grass.”

The dog owner said that his dog just “took off loose.” Did he take off loose or did the man turn him loose?

One thing we do know. The neighbor was on the receiving end of a ravenous canine chomping on his rear end, spending six days in the hospital with 27 stitches in his behind. The dog owner reportedly moved, curiously, in slow motion during the encounter and came out of it unscathed, unmoved and unfazed – but he may face charges.

Does age make a difference in who is telling the truth?

Who you going to believe?

The biter or the bitten.

There are at least two sides to every story.

And a truth lies somewhere in between.