What Manner of Men? 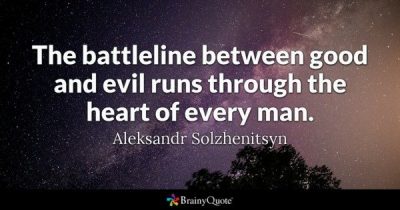 Looking down the darkened corridors of American Democracy, I still see faint flickers of light clustering and creating new pathways of hope for the American people as they make their way outward and upward to greater dreams and brighter days.

That men in their monumental selfishness, unbridled recklessness and ossified arrogance would so carelessly wield their bludgeons of power to cudgel American Democracy into pulverized pieces then contemptuously make of our living liberties bloody carrion to be devoured as corpses by our enemies, is tragedy and travesty of the rankest order.

It is utterly ironic that some men who have worldly power and infinite treasure far exceeding the average citizen’s deepest yearnings and imaginations, would now pawn their consciences, barter their hearts, incinerate their American birthrights, and vitiate their very souls to the devil himself.

Could it be that such men in their initial pursuits of wealth and omnipotence begin nobly, perhaps altruistically, but dissipate their higher selves in the flesh-pots of insatiable greed and all consuming egotism?

Surely we all fall down which is life’s continuing absurdity, says Camus’ Jean Baptiste Clamence, and sometimes “falling feels like flying” says the great Otis”Bad Blake” in Crazy Heart.

But could the present madness and the great derangement we now witness with our very own eyes be due in part that there are no new horizons to conquer and that all pretensions to true and absolute power by these men portend the end of all freedom in America and are nothing more than adolescent pursuits to banish their own boredom?

What manner of men then having been so richly rewarded, and so greatly privileged, would now set out to destroy their own government and country from which they have garnered boundless wealth and mammoth fortunes and then so solemnly and belligerently bring to a Faustian end this great experiment in democracy for the American people?

What manner of men would be so born as to be bred at birth with such immeasurable freedom and personal sovereignty that they would squander it so impudently, so violently and so rapturously? Could it be to high-hat the rest of us and showcase who’s really in charge or to demonstrate imperatively the true density of their armor and character, and the inimitable breadths and depths of their unquenchable seizures of power?

Perhaps it is a libidinous drive for totalizing power driven by nothing more than pure greed which seeks to fill itself in order to find itself, but can never be completed fulfilled because there will always remain bigger and smaller powers still greater than themselves that their will to power can never completely famish or vanquish.

What manner of men then would be so bent on destruction, so wrought with greed and self-centeredness, so enjoined by interposition and nullification, so inflamed by anger, so wracked with racial, gender, and religious hatred, so sated with resentment and sorrow, that they would ruin, rout, rig and even destroy government of the people, by the people, for the people?

Does such money, power and pedigree qualify and jettison them to be the only rightful heirs and guardians of true liberty and justice for all in our beloved country of the people?

What manner of men do you say? From what planet do they hail? Of what breed are they bred? By what creeds are they convicted and possess consciences as men? Of what stuff and material are they made for it’s not where you’re from but what you’re made of that counts for the true man.

Why then would such men who presumably “have it all” then so woefully and shamelessly rob the poor, steal health care from the dying, sick and the infirm, blatantly and flagrantly destroy the right to vote, punish innocent asylum seeking immigrants and their children, sack and destroy the middle class, reorg and degrade the government by changing the rules of governing  behind closed doors and in open air, bid personal entreaties and welcome to barbarians at our gates, and then paradoxically hoist the white flags of self-congratulation over the greatest democracy on earth after selling out our Democratic Constitutional Republic to our most invidious and insidious opponents?

Who are such men? Can they be counted among any singular group?

Who then are these men who have caused the paralysis of immobility among other men in times of great danger to our nation causing some of the strong of heart to become the faint of heart?

Who are these men who would dare attempt to scuttle the legacy and ridicule the nerve and courage of men who have loved, served, fought, bled and died for their country?

Who are such men who hide in the shadows of looming scaffolds and bid death to Lady Liberty as she ascends its platform while they mordantly place a Gordian noose around her neck?

What manner of men would purchase the death of their own country and affix “In the name of brutality, cruelty and tyranny” on its final bill of sale?

What manner of men curses the intellect, suborns truth, ridicules science and scorns those of tried, true and tested faith and calls to account those men and women of courage and loyalty who have stood and fought for truth and justice ever flanked by the nursemaids of mercy, compassion and grace in the white heat of battles?

What manner of man and men are they?

To whom do they belong?

Paraphrasing Jean Jacques Rousseau, “Man was born free and everywhere are those who would put him in chains.”

To whom do you belong?

God give us more men (and women) who love their country and want the best for each person in their country and will not steal it all away from the people because deep inside after all they have accomplished and received from America, they may really hate their country not only because of  what it has become but what they have become in the process of America’s becoming because in the end, in their efforts to wield absolute and peremptory power, they have lost their minds, hearts, and very souls and their unwavering allegiance to a country which has made them, fed them and bred them that America might grow stronger for all.